From the beginning... illustrator, designer and artist

Paul Martin is an illustrator and graphic designer. Paul lives in Hamilton, New Zealand, where he is the owner of Riverstone Design Studio. ' We have worked on a number of great projects since 2002, in the Waikato and New Zealand'.

After finishing studying Graphic design at Waikato Polytechnic, be began working in an agency, Paul then embarked to play rugby in the south of France. It was  there he realised that he could combine sport, art and design. 'France opened my eyes to wonderful world of amazing creativity'.

On return, Paul became a freelance Graphic Designer and successfully wove this in with his sporting career. He was employed to design the foundation 'Te Wananga o Aotearoa' brand, Brunton Patton Real Estate, Fieldays exhibition stands and Arborline Door products, all before embarking on a professional rugby career  in 1996.

In 2002 he was ready to launch into post- rugby life, so he went on to build up a broad range of mainly Waikato based clients.

Paul has changed the  focus of Riverstone Design co. more recently, to focus on illustration and historical projects.

Paul has a wife and two  sons who are equally passionate about rugby, design and art. He can not wait to see where this may lead them. 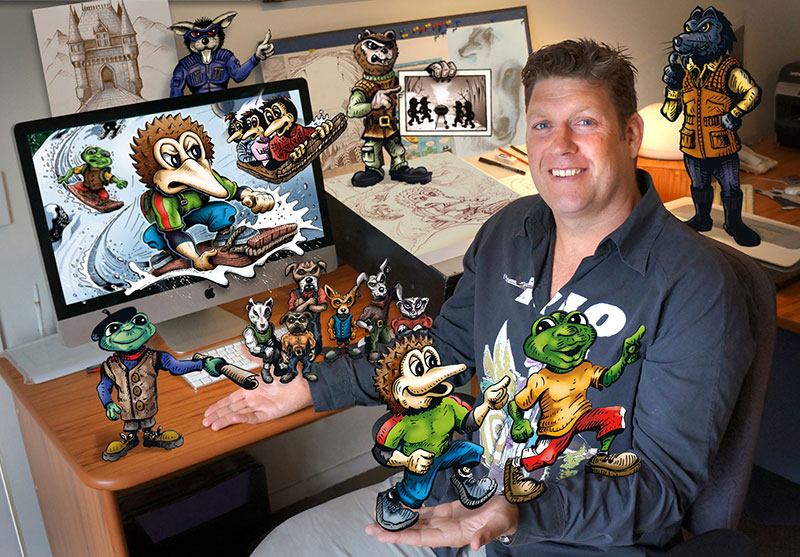